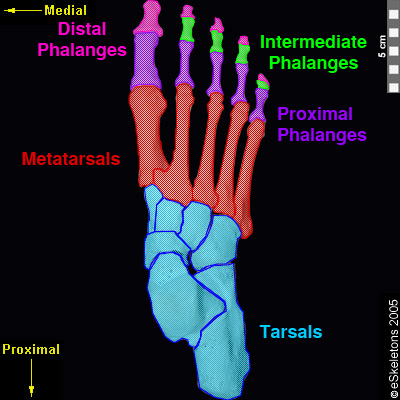 The foot is serially homologous with the hand, which means it is a modified version of the same developmental structure.  Thus, the structure of the foot is very similar to that of the hand.

The ankle joint is made up of seven tarsal bones, one fewer than the eight carpal bones of the wrist.  Like the hand, the foot has five digits, or rays, which are numbered from one to five starting with the big toe (or hallux).  Each digit has a metatarsal and three phalanges (except the hallux which lacks an intermediate phalanx).